After a few hours of swerving past the rugged, mist-enveloped Andes mountains, we found our selves venturing into new territory: the Amazon rainforest. We were now set on investigating the education systems amongst schools in the surrounding rural and indigenous communities.

But first, we had to explore… 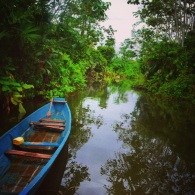 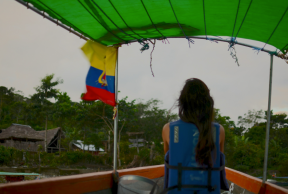 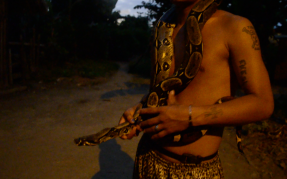 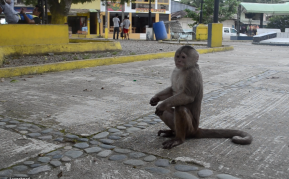 Our days spent in the Amazon were underscored by sporadic rainfall, which often caught us right in the middle of shooting video footage in open school grounds. Through conversations with local residents and officials, we learned more about the intricacies of both the governmental and home-grown issues that were affecting these communities.

Many local officials remarked upon problems of alcoholism and domestic violence in nearby Kichwa communities. Tourism also posed a problem, as at least in Misahualli, the very infrastructure and economy of the community depended on income from tourist expenditures. This was only catalyzed by the limited opportunities and educational resources available to local students. With that in mind, it felt paradoxical contributing to the encroachment of these very issues as day-by-day, we, our selves, participated in the tourist attractions, stepping off boats into various communities. 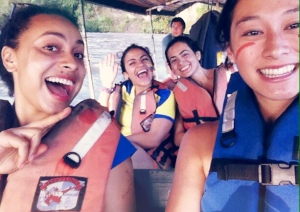 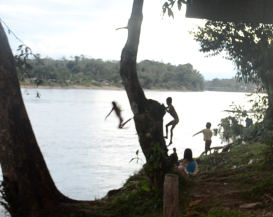 In the mornings, we would start the day off with café and bolones at a restaurant by the river owned by an Afro-Ecuadorean lady with two handsome young sons. They were from Guayaquil, and had moved to Misahaulli in search of better work opportunities. And according to the woman, so far, so good. In the past the family had encountered some racism, but today, she said, things were improving. Her sons would start attending a nearby school very soon. 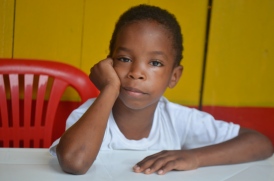 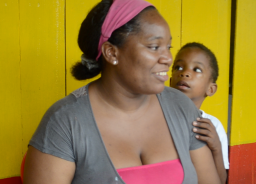 One morning, Reva and I woke up to watch the sunrise across the Amazon river. Feeling intrepid from our early start to the day, we were surprised to see young school children arriving in boats to go to school in the mainland—just as the sun was rising.

After a few days in Misahualli, I was surprised at how I was rapidly acclimating to the culinary lifestyle: fried plantains for breakfast, lunch, and dinner, yucca fritas as a side to Seco de Pollo or Tilapia, and a fresh fruit popsicle to snack on, my favorites being Mora and coconut. It was hard to leave, as locals of Misahualli are knowledgeable, pleasant, and ready to converse. Mr. Clark, our wise older hostel owner who walks with a cane had seen the education systems change before his eyes. And with a tourism infrastructure steadily on the rise, I am curious to see what the future in both education and culture will hold for this charming, sleepy Amazon town. 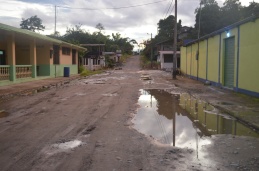 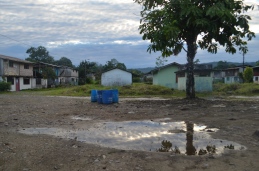 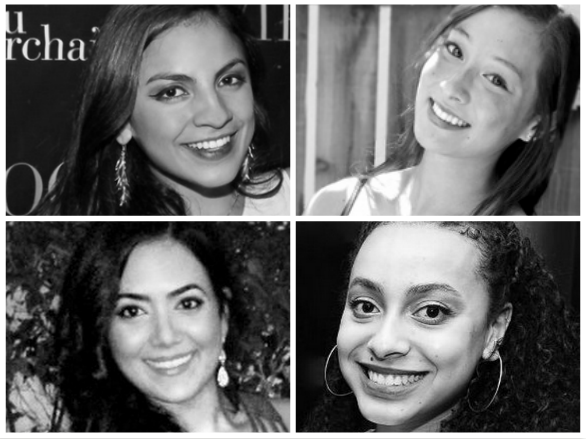